I wanted to take a moment to congratulate Atlassian on releasing a version of my Codegeist 2020 project Similar Issues AI. I guess I'm flattered and not really surprised at this sort of thing. The idea had been validated and I'd had multiple companies approach me when I took down my toy example. I've been spending the past couple weeks trying to get it production ready for the Atlassian Marketplace. Coincidence? Maybe. Though notice how even the basic filter is identical.

The plugin I submitted for Codegeist 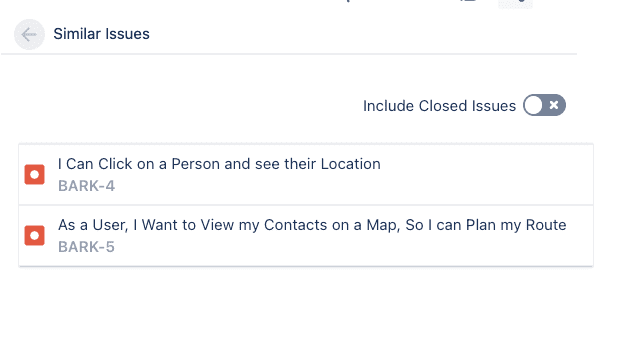 The widget I saw pop up today in Service desk

Even the gosh darn widget logo looks eerily similar. It was meant to be reminiscent of points in a vector space.

The plugin I'd been working on used word embeddings to find similar tickets in Jira that are conceptually related. If you've ever used Jira on a decent sized project, you know how often similar tickets need to get triaged or a bug pops up that looks suspiciously like a regression (and if only you could find that ticket to see what the issue was!). As of yet, Atlassian's version is only visible on Service Projects (service desk projects), but I'm sure it's just a matter of time before they make it visible in Software projects as well.

A word of advice on future Codegeist participants: don't explain how you built your project. Maybe don't do Codegeist at all.

Atlassian managers, if you're reading this, I did have a few other ideas and Mulch is available for consulting.